Did you know that being holy is not about being good?

Home › Latest News › Teaching Articles › Did you know that being holy is not about being good? 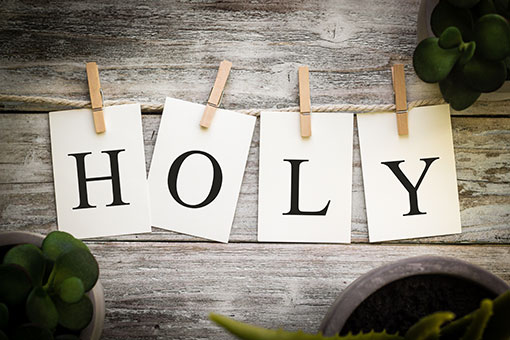 “Be holy because I am Holy”

In our recent Bible Study module we looked at the instruction in 1 Peter 1:16, “Be holy because I am Holy”, where Peter quotes from Leviticus 11:44. What is the first thing that comes to our minds when we read that God calls us to be holy? On first thoughts we might consider holiness is about ‘goodness’. However, as we research the topic in the Bible we see of course that there is much more to it than that.

The Greek word used by Peter and throughout the New Testament is hagios – defined in Strong’s concordance as: “holy, pure, clean, consecrated, sacred, devoted, set apart, without blemish”. The original Hebrew word in Leviticus and throughout the Hebrew Scriptures, qadosh, has the same meaning: “holy, sacred, consecrated, set apart”. I believe that the fact that holiness is concerned with being consecrated to God and set apart for His purpose is crucial to our understanding and application of I Peter 1:16.

How many times in Scripture do we read that our God is holy? He alone is worthy. Who is like our God—perfect in holiness? We are called to be set apart to Him. All that belongs to the Lord is holy—the Bible refers, for example, to His holy habitation, holy hill, holy word (Torah/law), and his holy temple. When His creatures truly belong to Him they too are holy because what is consecrated and belonging to God is ‘holy’.

There are two statements in I Peter chapter 2, which we might take for granted, but do we really understand what he means when he writes that his readers are “a holy priesthood” (2:5), and “a royal priesthood, a holy nation” (2:9)?

The believers of Peter’s day were “scattered” (1:1). They were not all Jews (although most were at that time), and certainly few would have been Levites (and so of the priestly tribe). In understanding what it means to be a holy priesthood, we need to put aside modern situations and look at what was Peter’s understanding of priesthood. The Levitical priests were set apart from the Israelites, and more was expected of them, especially in being unpolluted by what was around them. Their role was to minister to the Lord, to serve in the tabernacle/temple, to make the offerings which enabled the people to approach God, to teach God’s word (the Torah/instructions) to the people, to evaluate whether things were ‘unclean’ or ‘clean’, to represent the people before the Lord and to offer prayer/incense. It is well worth taking some time to consider in what ways their role can be applied to the body of believers today.

Secondly, how can the word-wide ‘church’ be described as a ‘nation’? Again it is helpful to consider the Israelites and the teaching pictures we find in the Hebrew Scriptures. God’s people first became a nation in the wilderness after they escaped from Egypt. At Sinai God gave Moses the instructions that were to teach them how to be His people, and how to function as a holy nation. Remember they had been chosen by God, redeemed out of slavery in order to belong to a new Master, given instructions to ensure they are different from the pagans around them, and are being formed into a cohesive holy community as a light to the Gentiles as they lived in covenant relationship with the Lord. I think it is clear that as God’s elect and chosen today, the people of God do not have to be a literal ‘nation’ in order to be set apart for the same purposes.

It is obvious that holiness in the Body must start with the holiness of the individual. So if I personally am instructed to “be holy”, what does that mean? Does it sound impossible?

The first two verses of Peter’s letter might be said to encapsulate all we need to know about who and what we are in Christ. Peter writes to “God’s elect, strangers in the world, scattered throughout Pontus, Galatia, Cappadocia, Asia and Bithynia, who have been chosen according to the foreknowledge of God the Father, through the sanctifying work of the Spirit, for obedience to Jesus Christ and sprinkling by his blood”.

In these verses God’s true believers are described as “elect” and “chosen”, and throughout Scripture as his ‘saints’, literally ‘holy ones’ in both Greek and Hebrew texts. So we understand that when we become believers and are born again from above we are already set apart (holy). That is His grace.

However, Peter also writes of the ‘sanctifying work of the Spirit’ (here again using the Greek word ‘hagios’), and we know from our own experience too that we are in the process of being made holy. It follows, therefore, that there are two aspects of holiness in the believer; our status as redeemed people, and the process of sanctification. He is constantly at work in us, if we let Him, to change us. I am constantly being challenged about how much (or little) I am truly consecrated to Him—set apart for His purpose—and how much my speech and behaviour reflects that.

Thus we must beware of compromise and assimilation. We do not have to fit in or be ‘relevant’. We are supposed to be different! No longer “conformed to the pattern of this world” (Romans 12:2), but different in our attitudes, lifestyles and priorities – reflecting the character of our Holy God.

Challenging to say the least. 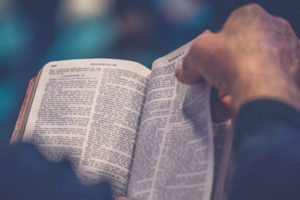 We are delighted to provide this opportunity to study again under Ariel Berkovitz, a gifted and renowned international Bible teacher. In a nine session Bible study series, Ariel will be taking an in depth look at key themes in the Book of the Prophet Isaiah. 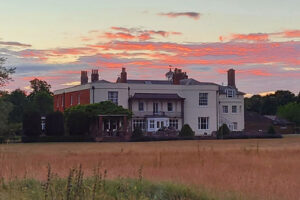 Please read on for information regarding seasonal closure dates and activities during the summer.​